Blast From the Past: Business Intelligence in 1972?! 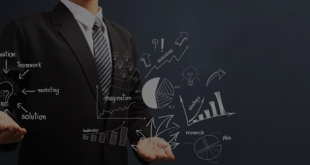 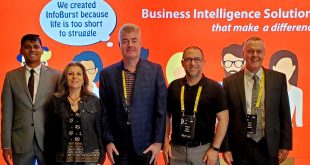 This was the year I started work in I.T. at a Company called ICL (International Computers Ltd) in the UK. I started on the bottom rung of my career ladder, as a ‘Trainee Computer Operator’.

My job for the first week was to stand by the paper tape reader, and using an electric tape winder, wind up all the paper tape that passed through the reader and was collected in a large metal bin. I progressed onward through a range of jobs that were all ‘media handling’. Loading punch cards into the card-reader hopper, retrieving trolley loads of magnetic tapes from the tape library and spooling them up onto the tape drives, feeding the floor-standing line printers with boxes of fan-fold listing paper and separating out the 4-part copies from the carbon interleaves once it was printed. Later on, as a ‘Senior Operator’ I was allowed to start jobs on the mainframe computer by standing up at a ‘Westrex Teletype’ electromechanical teleprinter. This was basically an electric typewriter that displayed all entered commands on a paper log that was collected and torn off at the end of each shift.

OK – so we did have some new ‘state-of-the-art’ technology. There was one Application that used the latest removable cartridge disk storage. We loaded the cartridge onto a device the size of a wheelie-bin at the start of the day shift, and a few ‘chosen’ data clerks could access the raw transaction data over a green-screen terminal – we called them VDUs (Visual Display Units).

Now, over 40 years later and working for InfoSol who are synonymous with Business Intelligence, I wondered to myself how ICL as a Company managed to stay on top of their Business and get important information disseminated to their Managers. I think we should start by looking in our 1970’s Techo’s Toolbox, and remind ourselves which tools were not available at that time. Email; Internet; Cell Phone; Smart Phone; PC; Laptop; PDA; Computer Screens (for the most part); Graphical Display software; Excel (Microsoft did not exist yet); Dashboards (these could only be found in luxury cars). Semantic layers and Metrics – forget about it. ‘Data cleansing’ involved cleaning the magnetic tape reader heads with spirit and cotton buds! So how did ICL get their information out? I will describe the process …

Data clerks would receive requests for a data report via a Fax transmission of a standard form. The form contained boxes which could be entered with codes – Department Codes; Cost-Center codes; Employee Codes; Stock Numbers etc. The sort order, the data fields to be included in the report, and the style of report were also entered. The request would be checked over by the data clerk, and they would then submit the form to the ‘punch-room’ where it would be transferred onto a set of parameter cards. The set of cards would become a ‘Job’ submitted by the Operators on the evening shift.

The processing involved programs called ‘X68A’ (extract); ‘XSDC’ (sort) and ‘X63C’ (summarize and print). Each job would call for the loading of various magnetic tapes containing masterfile information and transaction data. The reports were generated on fan-fold listing paper. The Company Courier would collect the reports later in the evening and do the round trip between Stevenage (near London), Birmingham and Manchester. These were the main Company offices. The reports would be on the Customer’s desk by 8.00AM the next morning. This was BI in 1972. BTW – the Courier was just the one guy who did the same trip 6 days a week, driving 4,000 miles a week. In one year he put 200,000 miles on a Datsun Cherry and he swore it ran as good as new. 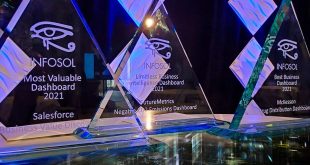