InfoSol News: Keeping You in the Loop – Volume 1, Issue 2 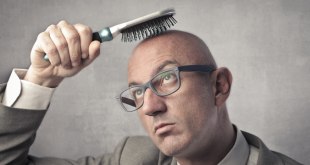 Blog: BusinessObjects and PowerBI May Lead to Hair Loss

InfoSol News: Keeping You in the Loop – Volume 1, Issue 7

InfoSol News: Keeping You in the Loop – Volume 1, Issue 6

Recently, Gartner’s Magic Quadrant recognized Geospatial and Location Intelligence as an emphasis for Business Intelligence and Analytical Platforms. The 2014 emphasis, according to Gartner, includes geospatial and location intelligence as key BI features as part of the “tool requirements” for businesses today.

Centigon Solutions, a leading provider in geographic visualization and analysis software and primary developer of location intelligence solutions for SAP BusinessObjects, will highlight and share the latest and greatest location analytics solutions at IBIS 2014.  Read more…

Last week I was visiting a large computer processor manufacturer where we ended up in the building cafeteria which was packed with people eating apple pie. The pie was being served and offered for free because that day was “Pi Day” in celebration of the number Pi which is 3.1415926535897932 … etc.. The 3.14 translates into March 14 and this day is celebrated by math and computer enthusiasts and geeks everywhere. March 14 also happens to be Albert Einstein’s birthday.

Reset is a built-in functionality provided in SAP Dashboards. The standard functionality is achieved by simply adding the Reset button which user can click to return the dashboard to its original state and reset the changes performed by user. This is typically used in dashboards with What-If-Analysis controls. There are situations though when the functionality needs customization.

I have received requests for few projects where it is needed to reset the dashboard to its almost initial state, but not all the way back to the exact original state – basically just one or two steps ahead of the originally loaded state. For example read more…

Blast From the Past: Business Intelligence in 1972?!

This was the year I started work in I.T. at a Company called ICL (International Computers Ltd) in the UK. I started on the bottom rung of my career ladder, as a ‘Trainee Computer Operator’.

My job for the first week was to stand by the paper tape reader, and using an electric tape winder, wind up all the paper tape that passed through the reader and was collected in a large metal bin. I progressed onward through a range of jobs that were all ‘media handling’. Loading punch cards into the card-reader hopper, retrieving trolley loads of magnetic tapes from the tape library and spooling them up onto the tape drives, feeding the floor-standing read more…

Paul’s Tech Term of the Month

Data Scientist – a mathematical expert who applies their formidable skills to develop algorithms to analyze data which fundamentally is made up of ones and zeroes making them very exciting people to engage in stimulating conversation. Recently, some Business Intelligence organizations have claimed they can turn ordinary people into Data Scientists – this is an outrageous insult  to this rare breed of scientist, as well as a frightening prospect to the rest of us.

John Shields started working for InfoSol in the summer of 2012 after graduating from Arizona State University with his bachelors degree in Computer Information Systems. He is passionate about web development and data visualization and has taken over the reigns as InfoSol's Champion of Web Presence. Outside of work he enjoys the outdoors and is an avid mountain biker and snowboarder.
Previous InfoSol News: Keeping You in the Loop – Volume 1, Issue 1
Next Stay in the Loop on All Things BI with InfoSol’s Monthly Newsletter

InfoSol News: Keeping You in the Loop – Volume 1, Issue 5